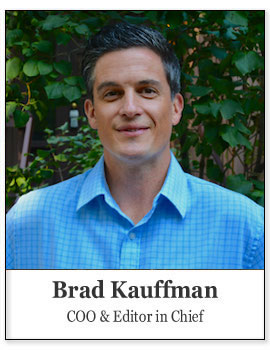 Brad has an MBA in consumer marketing and strategy from Indiana University (2008), where he also earned his undergraduate degree in journalism and education (1999). He has nearly 20 years of experience in marketing, writing, and sales. He’s worked within Fortune 500 brands, digital and creative agencies, startups, and a few ventures of his own.

While Brad was credited as the behind-the-scenes editor of CEO Stephan Aarstol’s popular book The Five Hour Workday, Aarstol says his involvement “is better described as that of a co-author.” The book helped spread the innovative idea to tens of millions of people, and earned press coverage in over 20 countries.

Building on their joint success, Brad and Stephan joined forces again to create The No Middleman Project, and they are planning to co-author their next book, NOMIDDLEMAN.