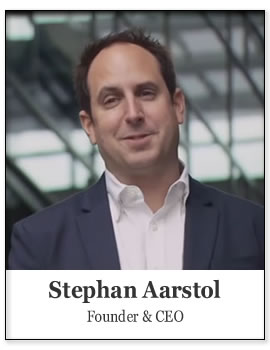 The No Middleman Project was conceptualized in the summer of 2017 by Stephan Aarstol, an entrepreneur who has found success in the evolving direct to consumer business model and online marketing space since earning his MBA in 1999.

With his finger on the pulse of rapidly developing industries, Stephan has consistently been ahead of the curve. Before Google Adwords existed, he was leveraging one-cent clicks to build dominant online portals. Before Kickstarter, he was crowdfunding product development. And seven years before Warby Parker existed, he was running his first direct to consumer company, selling poker chips online.

In 2010, Stephan launched Tower Paddle Boards, a leading direct to consumer brand and early disrupter in the paddle board industry.

After being funded by billionaire Mark Cuban in 2011, Tower remains one of biggest success stories in Shark Tank history. Although Tower had only $100K in lifetime sales at the time of the 2011 Shark Tank pitch, Cuban invested $150K. By 2018, Tower surpassed $30 million in lifetime sales.

In 2014, with a staff of only five people and revenues of $5M, Tower was named the #1 fastest growing company in San Diego by the San Diego Business Journal. A year later, Tower was #239 on the INC 500. Most notably, this growth was achieved with a zero dollar advertising budget the first four years of the business.

Out of the 2 million third-party sellers on Amazon, Tower was the first company chosen for the Amazon Exclusives program, and Stephan and his company were mentioned by name in Jeff Bezos’ 2015 annual letter to stock holders.

In 2015, to challenge long-held delusions about unhealthy work cultures at startup companies, Stephan moved his entire company to a five-hour workday. He then wrote a book about the experience – The Five Hour Workday – which helped spread the idea to tens of millions of people, and earned press coverage in over 20 countries. He’s currently working on his second book, NOMIDDLEMAN.

Today, Stephan champions The No Middleman Project while also overseeing the continued growth of Tower, which has expanded to focus on everything beach lifestyle. He also serves as a Harvard Business School guest speaker, discussing the HBS case study “Selling on Amazon at Tower Paddle Boards.”