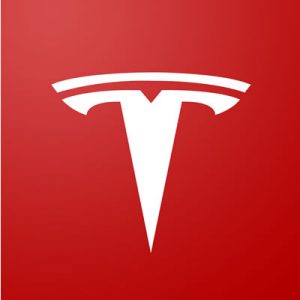 Co-founder Elon Musk has helped Tesla successfully implement a long-term plan to cut out the middleman and the archaic business models preventing innovation in the auto industry, and the company is now enjoying a dominant share of the electric vehicle market as a result.

Tesla also has products in energy gathering and storage (solar panels and batteries), and undoubtably will expand into other verticals and products related to their mission of accelerating the world’s transition to sustainable energy.

Some direct to consumer brands need very little introduction, and Tesla is undoubtably one of them.

Tesla is perhaps the most prominent example of a company disrupting an entire industry for the better, by challenging the powerful middleman structure of the auto industry, creating and owning a new type of supply chain, and building strong relationships directly with customers.

Tesla’s Mission is to accelerate the world’s transition to sustainable energy, and Elon Musk’s company has successfully pushed the needle toward that objective. In his well-publicized “Secret” Master Plan from August 2006, Musk outlined the long-term plan that his company would successfully execute over the next decade. “The strategy of Tesla,” he wrote, “is to enter at the high end of the market, where customers are prepared to pay a premium, and then drive down market as fast as possible to higher unit volume and lower prices with each successive model.”

In executing their strategy, Tesla has challenged (or outright eliminated) the middlemen at every level of the traditional auto industry, reducing costs and passing on value to consumers in the form of affordable, high-quality electric vehicles. Additionally, Tesla sells clean energy generation and storage products (solar panels and batteries, primarily), a product extension driven by their belief that “the faster the world stops relying on fossil fuels and moves towards a zero-emission future, the better.”

Based in the San Francisco Bay Area with satellite offices in Los Angeles and Amsterdam, Tesla has now expanded into more than one hundred retail and service locations around the world, making these direct to consumer cars easily available to see and drive before purchasing.

When it comes to how Tesla delivers value to consumers, this direct to consumer automaker delivers the goods in both superior product quality and low price. True, Tesla began as a premium-priced luxury brand (and will likely continue with their luxury models indefinitely), but the premium pricing and profits were used to fund the development of a much larger fleet of superior electric vehicles at a very affordable price.

Tesla’s plan has worked brilliantly thus far, and they’re now entering the final phase of Musk’s “Secret” Master Plan, delivering incredible cars at a price point that is affordable and a great value for the wide array of features included.

As of the time of our review, the Tesla Model 3 was available via preorder at a pre-incentive price of $35,000. With the possibility of up to $10,000 in tax incentives—before the cost savings of not needing gas—the potential for a net cost of $25,000 has stirred Tesla fans into a frenzy of preorders. As of August 2017, the company reported a whopping 500,000 pre-orders for the car, and was ramping up production with the goal of producing 10,000 cars per weeks.

This success was made possible by Tesla’s innovative direct to consumer business model and complete vertical integration, from their massive battery production facility (the Gigafactory) to their fully owned dealerships. Initially, Tesla began selling cars by driving them directly to consumers at their homes, to evaluate and possibly purchase the car. It doesn’t get any more direct to consumer than that!

Tesla’s initial premium offerings, the Model S and Model X, are arguably worth more than their sticker price when compared to other luxury brands. The cash price on the Model S started at $79,500, but Tesla showed tax incentives and gas savings that reduced the effective price to $67,700.

The Tesla Roadster, on the other hand, is a luxury purchase that’s difficult to measure in terms of consumer value. Tesla has set its Roadster base price at $200,000, with the initial Founder’s Series reservations adding another $50,000 to the price tag. Tesla claims the beautiful open-aired vehicle to be “the quickest car in the world,” with top speeds over 250 miles per hour and a 1.9-second acceleration from zero to sixty miles per hour.

Despite the high price tag of the Roadster and its other luxury models, the success of these models will help this direct to consumer auto maker deliver even more value and lower prices to the larger pool of consumers who eagerly await the Model 3 and future entry level models in the Tesla family.

The fuel savings with Tesla is substantial, and the Model S and X come with a 4 year, 50,000-mile warranty on the engine and battery, with extended services warranties available. The primary concern about electric vehicles is whether there are enough charging stations available for long trips (otherwise known as “range anxiety”), but one look at Tesla’s interactive map will eliminate that fear.  As of October 2017, Tesla had finished installation of nearly 7,000 charging stations, using another ingenious business model to encourage businesses to actually pay to host multiple charging stations.

Tesla holds a huge advantage in customer loyalty and customer service. Customer service on the website is strong, and with over 100 retail locations, you’ll be able to see and possibly drive a Tesla before you purchase. The experience we’ve had in their retail environments is exceptional.

Additionally, Tesla has enabled an entirely new lifestyle built around clean energy—a full range of products to capture solar energy with your home, and then charge your car and power your home with that energy. Through its energy division SolarCity, Tesla offers a solar roof for your home as well as traditional solar panels and energy storage products like the Powerwall. The solar roof is an intriguing product, because Tesla claims the roof can pay for itself in energy savings and tax credits, over the course of 30 years.

Without any doubt, Tesla is a No Middleman favorite. Their industry-disrupting direct to consumer business model, combined with the founders’ vision to create their own supply chain in order to deliver both low costs and high value to consumers, is changing the world as we know it.

We can’t wait to see Tesla’s future disruptions in autos, energy, and beyond. And with Tesla’s six million followers on Facebook and Instagram, as well as Elon Musk’s 15 million Twitter followers, it’s safe to say we won’t be alone!